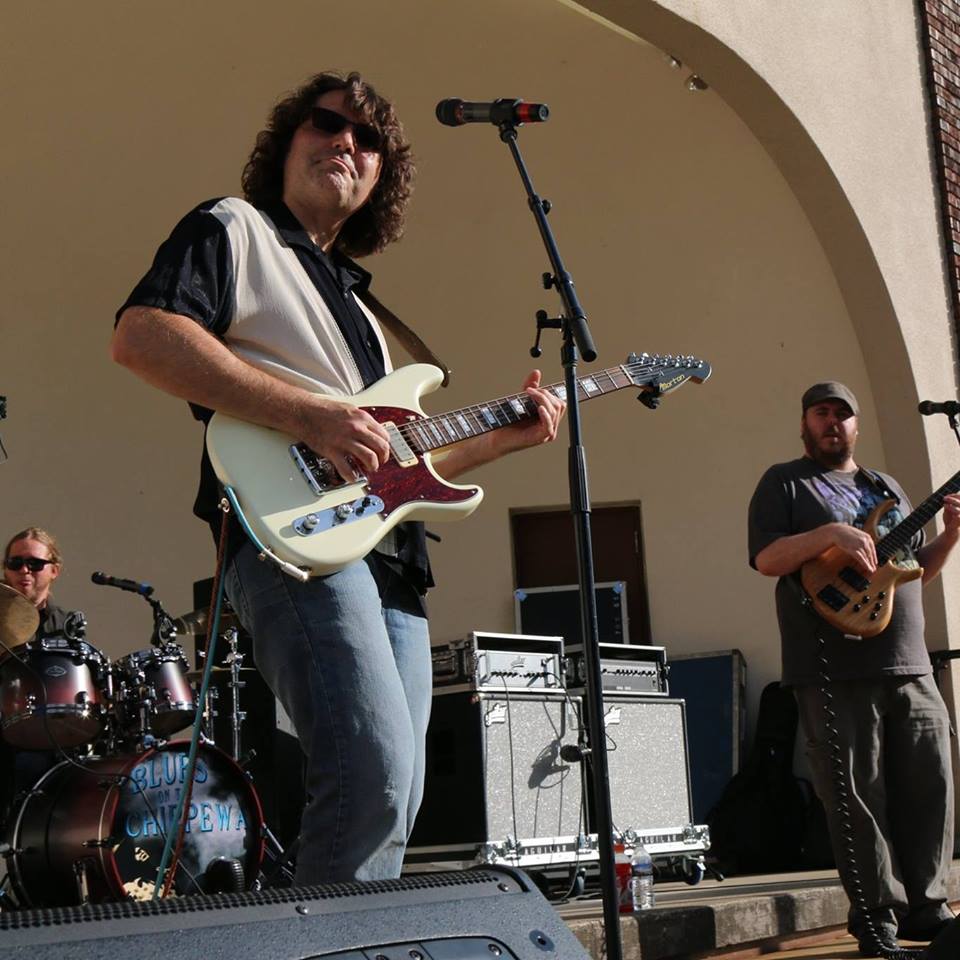 The Tommy Bentz Band is based in Western Wisconsin, and extensively tours regionally in the US and bi-annually to Europe.

A fantastic power trio that has been in existence for over 15 years, jamming in the style of “the Allman Brothers meets Van Morrison”. Tommy leads the band as the singer/songwriter/guitarist whose professional soloing chops radiate throughout the band’s performance. A standout slide player, Tommy has often been touted as one of the best in the Midwest. His seemingly effortless style ranges from strident and thick “Clapton-esque” lines and tone to satisfyingly classic rock ‘n roll.

Tommy grew up enthralled with the guitarists in the Allman Brothers Band and the great British blues rockers — Jeff Beck, Jimmy Page and, especially, Cream-era Eric Clapton. Tommy focuses this power into a tight, focused wall of sound with his amazingly talented trio of musicians. Melodic and groovy bass lines and harmony vocals combine perfectly with rock-solid, musical percussion talents and spot-on background vocals. The band combines all of their years of musical performance into a tight, energized, soulful, live musical package like none other you’ve heard before.

Amazing musicians in their own right, the group has 4 original CDs under their belts, as well as a full-length performance DVD, but boasts a list of covers that would make any lover of blues-rock drool in anticipation – from Hendrix, SRV, Cream/Clapton, Stones, Beatles, The Band and so, so many more.

The shows include songs Bentz has written and recorded, mainly bluesy rock that spotlights his impeccable work on guitar, an instrument he didn’t take up until his mid-teens. While reading Bentz’s lyrics, one gets a snapshot of his ideals – from the strength he derives from family ties to the always present issue of respect in this ever changing world. The audience are then left with the impression of a man who has learned much from where he’s been, has processed that knowledge and now presses forward into the unknown with great purpose.

If lyrics alone drove Bentz’s work, the product would be wonderful, but combined with their technical musical prowess, warm and soulful vocals, southern jam style blues-rock combined with acoustic singer/songwriter flair…the audience is given a magically wide-ranged musical evening that truly is the Tommy Bentz Band experience.