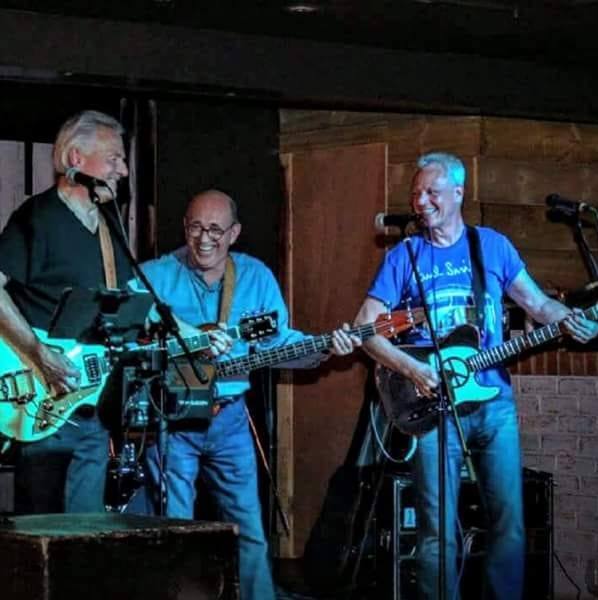 The band was formed in Spring 2016 by four very experienced musicians whose paths have crossed over the years, all inter-mingling in each others own bands in one way or another. The general idea was to get together and play music we enjoyed playing and have fun, with no ego’s and an emphasis on playing music with a ‘good groove’.

Phil Screaton (guitars and vocals) and Neil Ramshaw (drums and vocals) played together for many years, mainly with Archie Brown and The Young Bucks.

Phil, also with Barely Human and Neil also with Manchesters finest, The Removal Men. Chris Gooch (guitars and vocals), and Bill Smith (bass and vocals) played together in Damascus for some thirteen years and prior to that, rock and blues band Wanted.

This four piece line up deliberately has no front man! The idea is that the vocals are shared, as are all the harmonies and guitar parts.

The band has a very funky groove. (so if you like Little Feat, The Band etc you should like Somebody’s Cat!)

The initial setlist is made up, primarily of covers, from the likes of Little Feat, The Band, The Stones, John Hiatt, Steve Earle, Van Morrison, Robert Palmer, Warren Zevon, Bap Kennedy and even The Monkees! as well a couple of original instrumentals. We’re writing new material and we’re rehearsing on a regular basis adding more covers as and when we can.